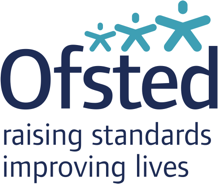 There’s been a bit of a hoohah about Ofsted checking Sunday Schools as part of the Government’s Prevent strategy.

I’m not going to comment on the Big Brother civil liberty elements of this, or the popularity of the inspectors, but it got me thinking: why shouldn’t there be an Ofsted for churches – a Chofsted if you like. What would they find if they investigated your church? Would you be outstanding, or in special measures?

There will be some who say that you can’t compare churches but they haven’t read the book of Revelation. There will be others who say that it doesn’t matter what a church does as long as it is faithful, but the man who was punished for burying his one talent in the parable thought that he was being faithful and doing what the master wanted, when he clearly wasn’t.

So what criteria should be used? You could choose Biblical adherence, friendliness of the people or even the quality of the sermon as assessed by the mystery worshipper. However, these tend to be inward looking benchmarks, reviewing a church for its own members’ needs.

Perhaps Ofsted’s own criteria are helpful. Swap “churches” for “teachers” and “atheists” for “pupils” and you’ve got a pretty good checklist for how to run things.

Doing this substitution, for an “outstanding” grade we would start with “Churches demonstrate deep knowledge and understanding of the subjects they teach. They use questioning highly effectively and demonstrate understanding of the ways atheists think about subject content. They identify atheists’ common misconceptions and act to ensure they are corrected.”

Sounds good to me.

If Elvis were alive, he would be 81 years old today. David Bowie is alive, and he is 69 today.

They’d both be easily in the oldest quarter of the UK population.

Anybody who was a hippie at college during the summer of love will be past retirement age – so if you can remember the sixties, you’re on a pension. Even the punks are getting old – Johnny Rotten himself is 60 this month.

Yet if Elvis, or Bowie or the Sex Pistols entered a mainstream UK church this Sunday, they could be forgiven for thinking that the nineteen seventies, or the sixties, or even the fifties had never happened.

If they were lucky, there might be a band, but the vast majority will offer an organ for most of the music, and hymns from centuries gone by.

Now if this were working (and there is evidence from Cathedrals that it can work), that would be one thing. But as mainstream church attendance falls off a precipice, it’s blatantly clear that things need to change.

Some would claim that church decline is all due to factors beyond our control, such as secularisation and a hostile media. But I believe the choices we make do matter and do make a difference. There are churches which are growing in the UK, some spectacularly, showing that it is possible.

What is needed is the will to change, and the simple realisation that fourteen times as many people listen to Radio 2, as compared to Radio 3.

So happy birthday Elvis, and here he is singing a classic hymn, in a concert from before most people were born.

Here’s a great blog by Travis Stephens about the things growing churches do which are different from the rest. The direction a church takes is not inevitable – it involves choice. So which will you choose?

I saw this on a tweet today. It’s a quote from a book by Scott Berkun.

We can be trapped into looking back and seeing the history of the world as following an inevitable path, and thus the future too.

People believe The Early Church grew and evangelized the entire Roman Empire “somehow”, and now “somehow” the Church in the West is disappearing.

Yet the triumph of the Early Church was not somehow inevitable, it was the result of choices made and decisions followed through. The Early Church “out-thought, out-loved and out-served their contemporaries”.

In the same way, there is nothing inevitable about church decline. Of course, as I have shown in earlier blogs, if nothing changes then the Methodist Church disappears in 2033, the Scottish Episcopalians in 2043 and the Church of England in 2082.

But things can change when we make them (If you are waiting for God to change them, then is it possible that He is waiting for you to do your bit?). If we out-think, out-love and out-serve our contemporaries, then the future changes. If we keep doing what we are doing even harder, then it doesn’t.

Whilst we believe decline is inevitable, it is.

I’ve just read Deep and Wide by Andy Stanley. What a great book!

Andy Stanley really understands both churched and unchurched people. So many churches are designed precisely for those who do come, rather than those who might.

He writes: “I’ve never met a church leader who felt called to babysit a model that worked well twenty years ago but ceases to make an impact today. Nobody wants to work in a church that clings to an approach that doesn’t actually further its mission or vision. Most church leaders are intuitive enough to know when something is working and when it’s not. And that leads us to the question that begs to be asked: Why haven’t we already done something about this?”

Andy Stanley’s view is that it’s about lack of leadership.

What do you think? You can read a sample chapter here. Better still, buy the book – it’s just £2.99 on Kindle.

The older a child gets today, the greater his or her chances are of disappearing from the church.

Some will say that this has always been the case, but it’s exactly that kind of complacency which has not served the church well.

Check out this original blog by Ron Edmondson to find out more.

Sound the alarm is a blog from Chesham.

These alarm bells ring true for me……. 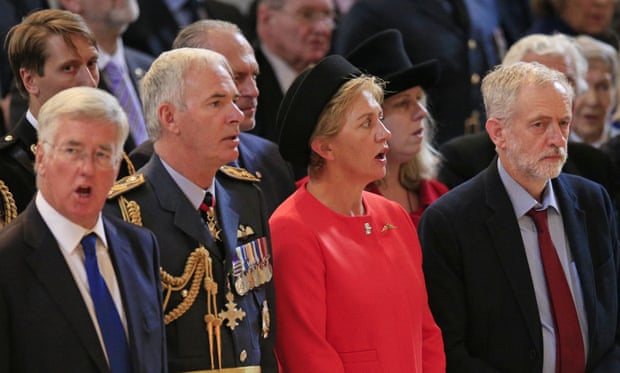 It’s been a difficult week for Jeremy Corbyn. Clearly the press make up stories about him, but more than that, he seems to have been caught on the hop that perfectly reasonable views which could be held by anybody, are somehow unacceptable for the Leader of the Opposition.

Mr Corbyn is an atheist (for the moment at least – there’s always hope for every atheist) but as a Christian who is a republican, I stay silent for the Royal Anthem, just like he did. I think he was very respectful – it’s not as if he mooned or anything.

Millions of British people are republicans – we don’t know exactly how many, because we’ve never been offered a vote on it. Opinion polls may claim that a large number of Britons are monarchists, but we know how disastrously wrong the polls have been this year.

Jeremy Corbyn’s is clearly a mainstream view, and I amongst many others look forward to the return of a Republic like we used to be. After all, we had our first republic a century before the Americans and the French.

So why the fuss? Why would Conservative MP Andrew Rosindell say of Jeremy Corbyn “If he wants to be PM he must respect our traditions” and “It is his duty, and the duty of any leader of any party that seeks to be prime minister, to accept that we are the nation that we are” (Personally I would prefer a leader who wanted to change things for the better)

Gramsci’s concept of cultural hegemony asserts that dominant groups can conceal their power by projecting their particular way of perceiving and defining social reality so successfully that its view is accepted as ‘common sense’. I think this is exactly what Andrew Rosindell is attempting to force upon us here with his phraseology of “our traditions” and the “nation that we are” rather than “what I individually prefer” and the “nation I would personally like us to be”.

The whole episode at the Battle of Britain service reminds us of what we were fighting for in 1940 – partly for national survival, but also for freedom from tin-pot little Gauleiters telling us what we are allowed to say, sing or think.

Some have said that it as Leader of the Opposition Jeremy Corbyn is no longer an individual and has to represent the wider public. But I’m glad that at long last there’s somebody representing me, when previous leaders haven’t.

If you must know my reasons for wanting a more democratic state, they come from my view as a Christian that the besetting sin of the British is class. In Britain the content of your character can be less important than which class you belong to. The Queen in her very person defines the concept that who your father was remains the most significant thing in your life.

This underlying concept is revealed when people ask me, if there wasn’t a monarchy, who on earth would be suitable as President?

My reply is “How about you – you’d be great”

To which the answer is invariably “Oh no, I wouldn’t be good enough do it.”

Could that reticence possibly come from being brought up in a society where some are born to rule, and others are born to be ruled?

I’ve just given you my reasons for favouring a democratically elected head of state, but really I shouldn’t need to.

I like pies and black pudding and kippers, all of which are perfectly reasonable personal preferences and very British, as is being a republican.

Of course, even after reading this, others may have a different opinion on having a hereditary ruler. Seeing as we disagree, I’m sure they wouldn’t mind having a vote on it. Unless of course they know it’s indefensible and are afraid they would lose once the arguments are aired…….

Let the last word go to The Proclaimers.

I’m a radical surgery man myself, but the Church of England Newspaper poses the question for the church: “Radical Surgery or Slow Death?” in an article about attendance trends in Anglicanism.

The article asks why people are being selected to work in new contexts, and then trained to keep the old way of doing things on the road.

Its author, Captain Philip Johanson, wonders whether the Establishment is ready to change?

There’s a new survey on Scottish Christianity that has just come out.

As Scotland changes from what they call “Legacy Christianity” (where many self-describing Christians don’t believe in central tenets of the faith) to a mixed post-Christendom society, they pick out several counter-trends within the overall data, particularly with younger people.

Check out the report summary.